UNIBIC came to India in 2004 with the iconic Anzac and Bradman cookies. Over the years, UNIBIC has grown its range to over 40 variants and has been regularly introducing fresh & unique flavors to cookie connoisseurs worldwide. Headquartered in Bangalore, UNIBIC is known for its rich and flavorsome cookies that take a bite of the premium cookie market. Powered by a team of over 800 motivated individuals, Unibic is proud to have top management that comprises industry veterans who bring domain knowledge and the acumen of investors from Peepul Capital.
Mandatory Disclosure 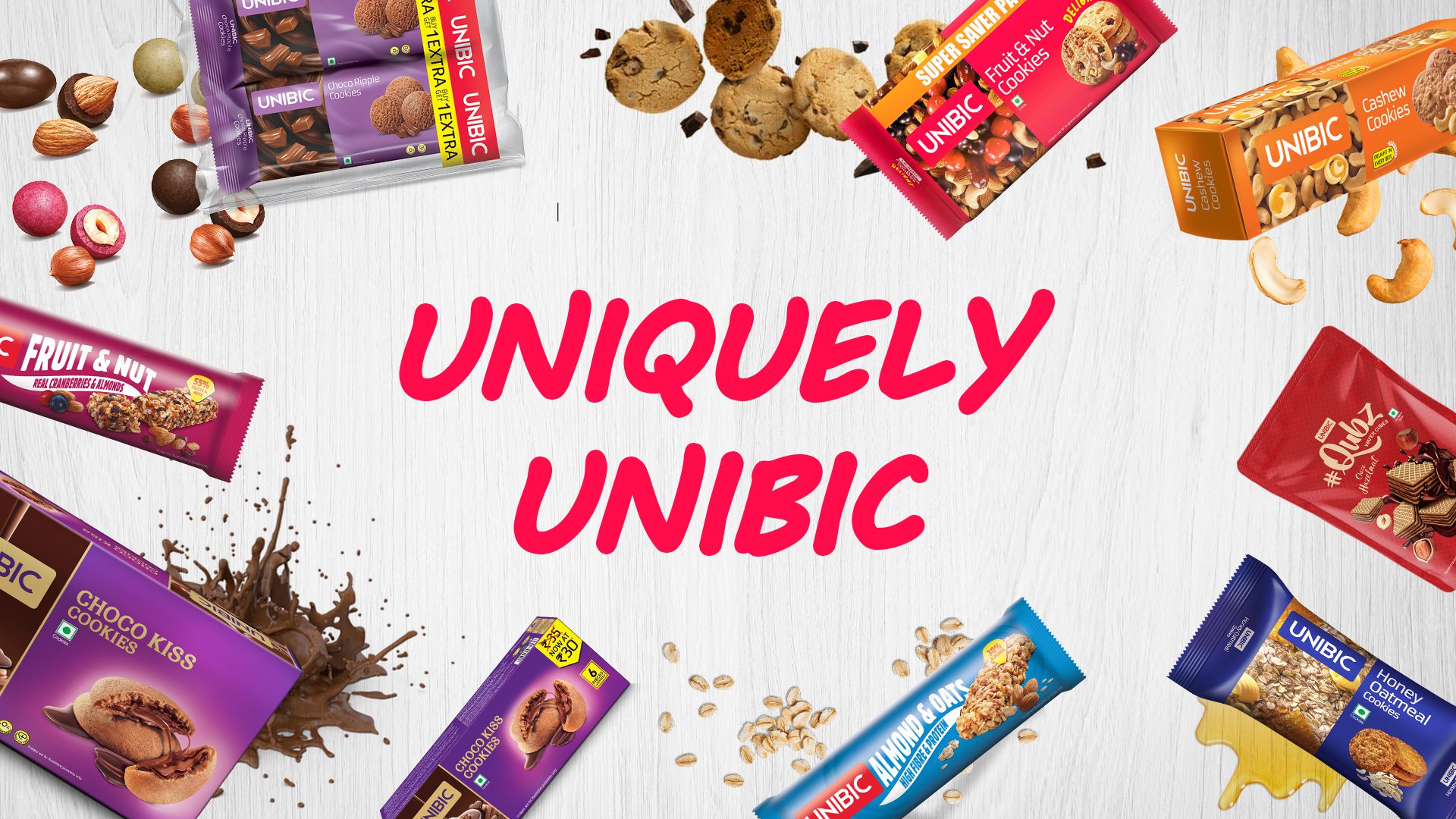 The vision of UNIBIC turns to reality only because of the drive and passion of the team from the executive cabins to the factory floor and the retail staff. The board and management brings over 100 years of top management experience to the table.

Unibic counts over 800 committed member of the entire team as a family that works together to maximise the potential of the only company in India to create and popularise the real cookie. 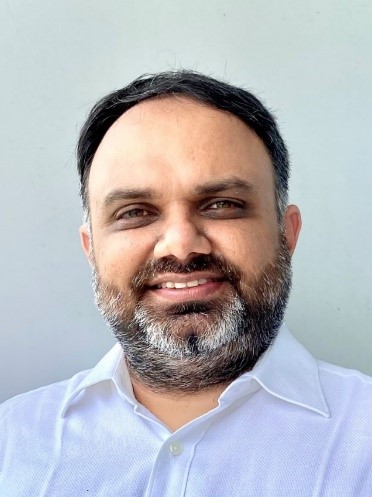 Naveen has over two decades of senior management experience, playing a vital role in scripting win-win scenarios for corporate giants such as PepsiCo and Asian Paints. Prior to joining UNIBIC Foods, he headed Marico’s New Foods’ Business Unit. Naveen’s strong leadership acumen has helped UNIBIC in growing faster to the next level and become a brand that is as endearing as it is enduring. With his extensive background in FMCG, UNIBIC is set to gain stronger grounds in the dynamic Indian foods industry and drive the organization towards exciting milestones. He also holds an MBA degree from IIM, Indore. 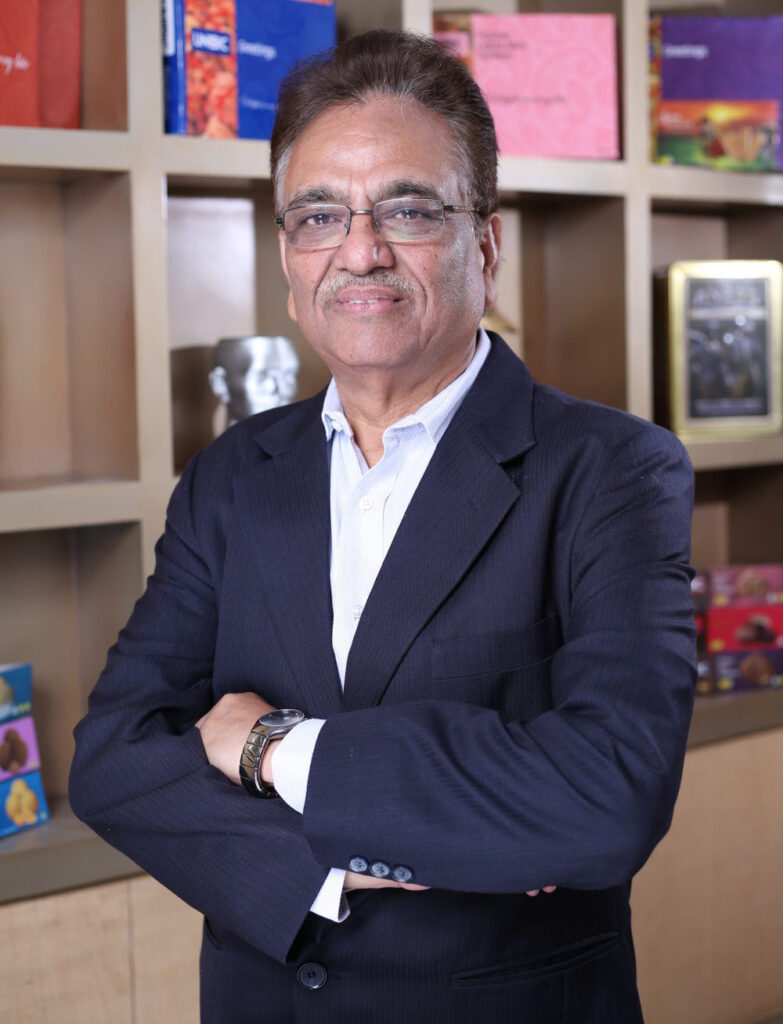 Ashok Kumar Gupta is considered the perennial solution architect at Unibic. With an expertise that stems from Finance & Accounting, his experience spans over 30 years in the FMCG industry, and his knowledge has expanded to key areas such as Strategy Formulation, Business Development, Commercial Operations, Financial Planning and Accounting to name a few. He’s responsible for building financial models for top companies in India, most notably Britannia. He has represented in various conclaves across the globe. Ashok is well-known for his dynamism, innovative attitude and outstanding problem-solving skills. His abilities and sprightly nature have proved to be truly reliable in Unibic’s pursuit of rapid expansion and awareness. 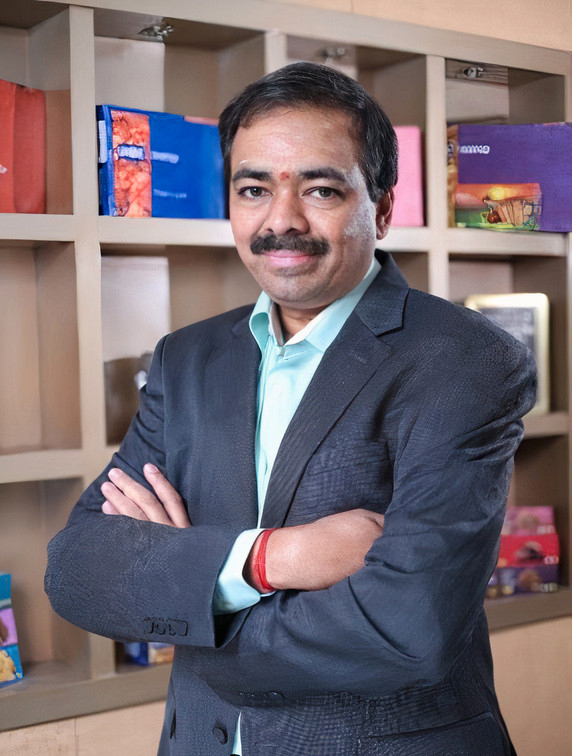 An M.Sc. in Food Technology from Central Food Technological Research Institute (CFTRI), University of Mysore, India, VVS Mani is responsible for product development and production at Unibic India. Building on his experience gained at Britannia Industries, India, and Tiffany Foods, UAE, Mani has been the driving force behind many of the Unibic’s innovative products with some of the most successful launches. 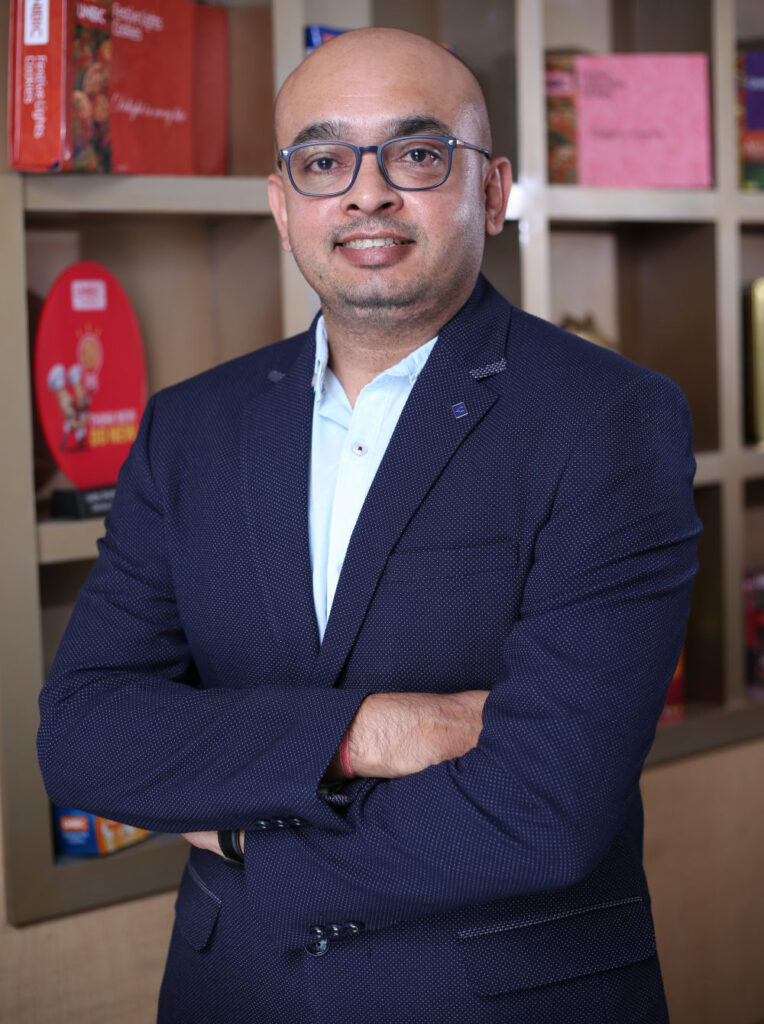 Kartikay Mehta is an Alumni of IIM Bangalore where he did his post-graduation and brings over 15 years of experience is FMCG Sales. His experience includes Wipro Consumer Care Limited and VST Industries (India’s 3rd largest cigarette manufacturer). Kartikay has been at the helm to drive sales team and business operations across India.

COOKIE FACTORY
The Unibic factory brings the science of food technology to the art of creating delicious cookies. The facility located in Bangalore is the largest integrated cookie manufacturing plant in the country, with 5 production lines and a capacity of 30,000 tones a year.

Wire-cut, not moulded
UNIBIC was the first in India to manufacture cookie with wire-cut technology. Thanks to the unique wire cut technology along with use of richer ingredients and dough with softer consistency, Unibic is able to produce cookies with real home-made taste and feel. 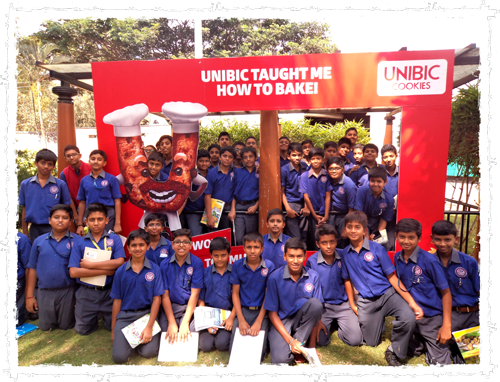 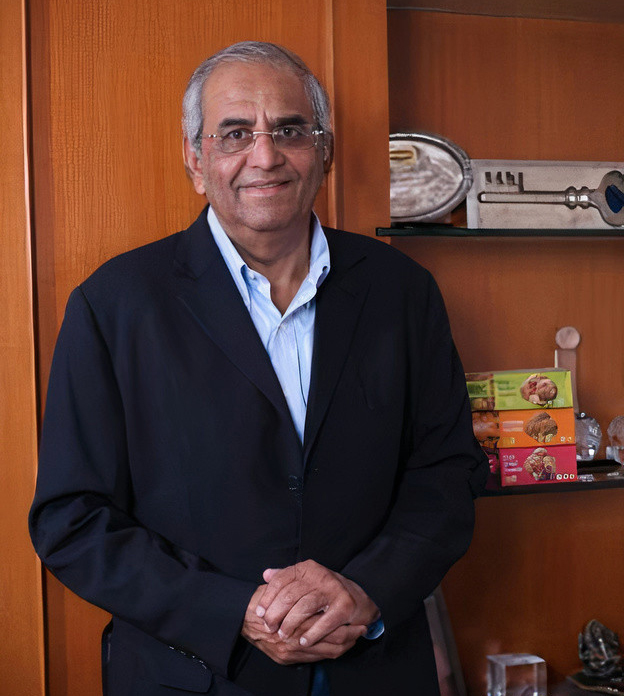 Founded by Nikhil Sen (Founder & Former Managing Director)
The late Nikhil Sen was an icon in the FMCG industry. He is widely regarded among his peers as an astute leader and a man driven by his core values and a passion for results. His career started in Britannia where he stormed up the ranks to become Chief Operating Officer (COO). He masterminded Unibic Cookie's phenomenal growth to become the fastest growing cookie manufacturer in India. His simple, yet astute, understanding of the Indian consumer gave Unibic a strong foundation upon which the brand has built a strong awareness among cookie lovers.
2005 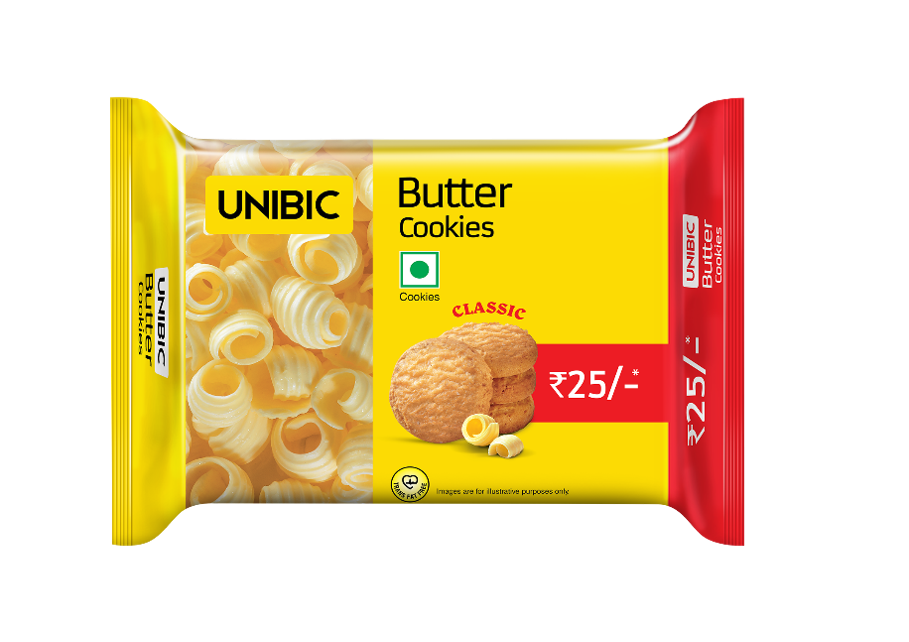 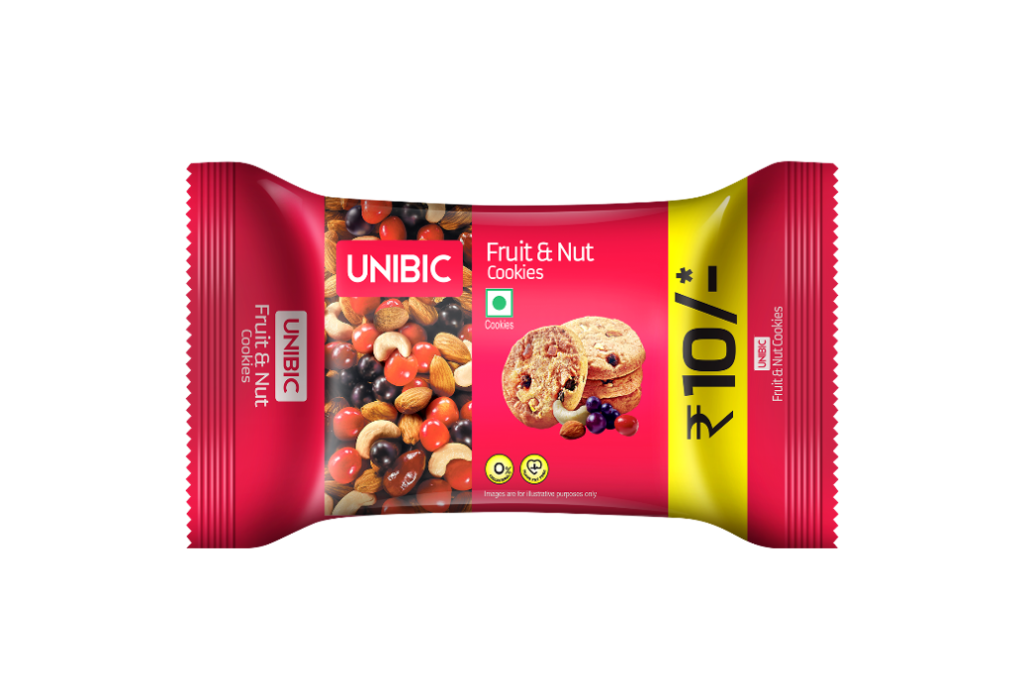 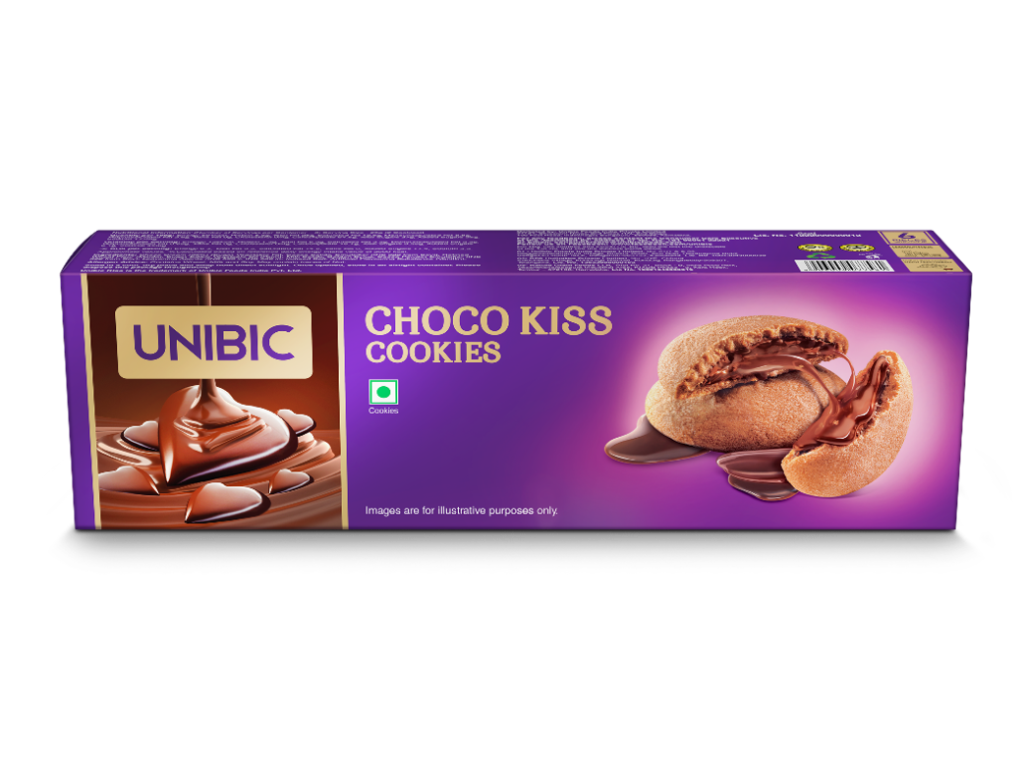 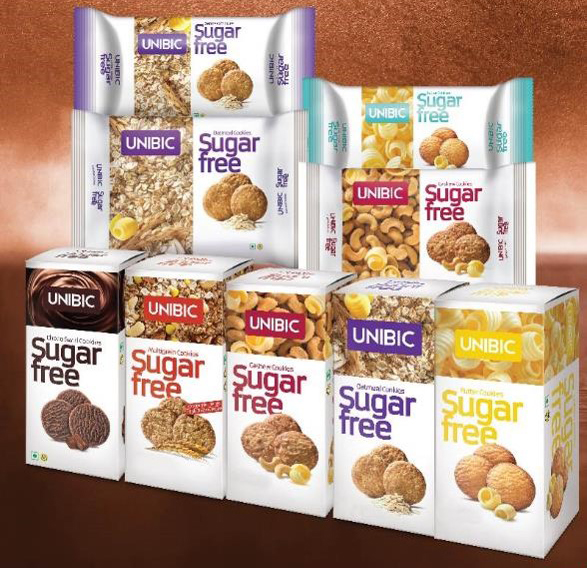 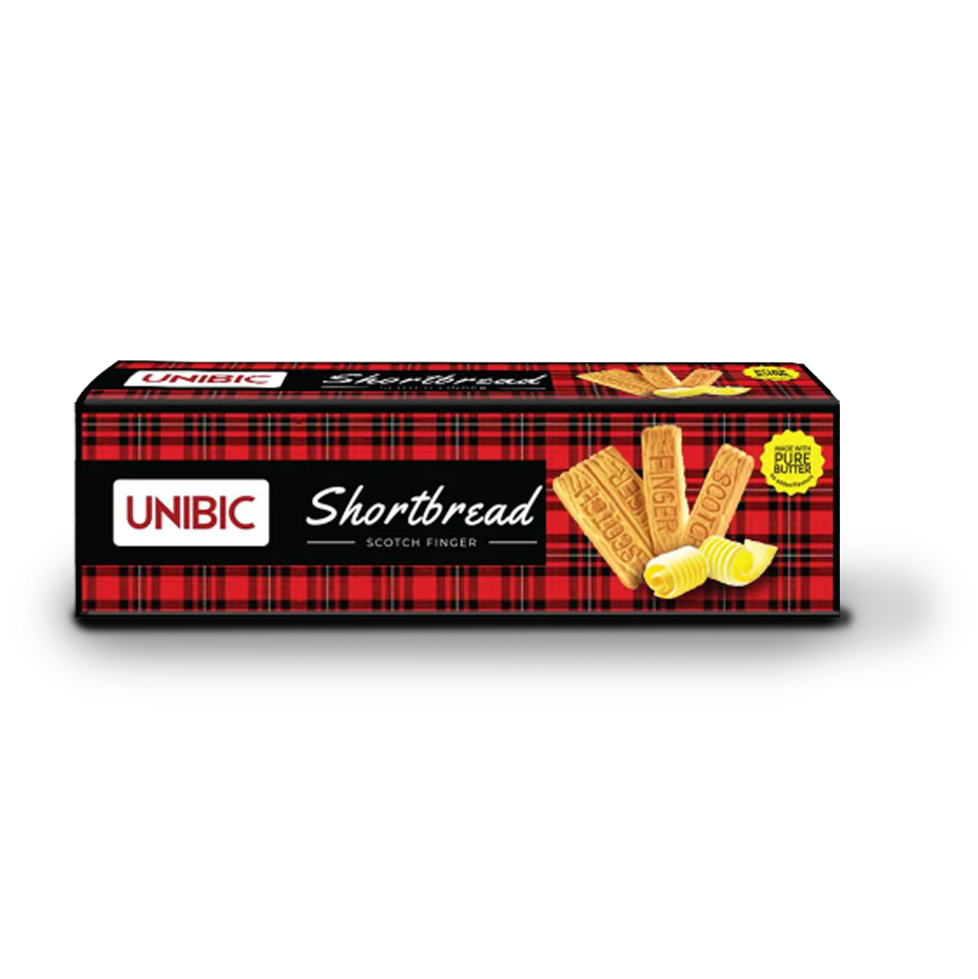 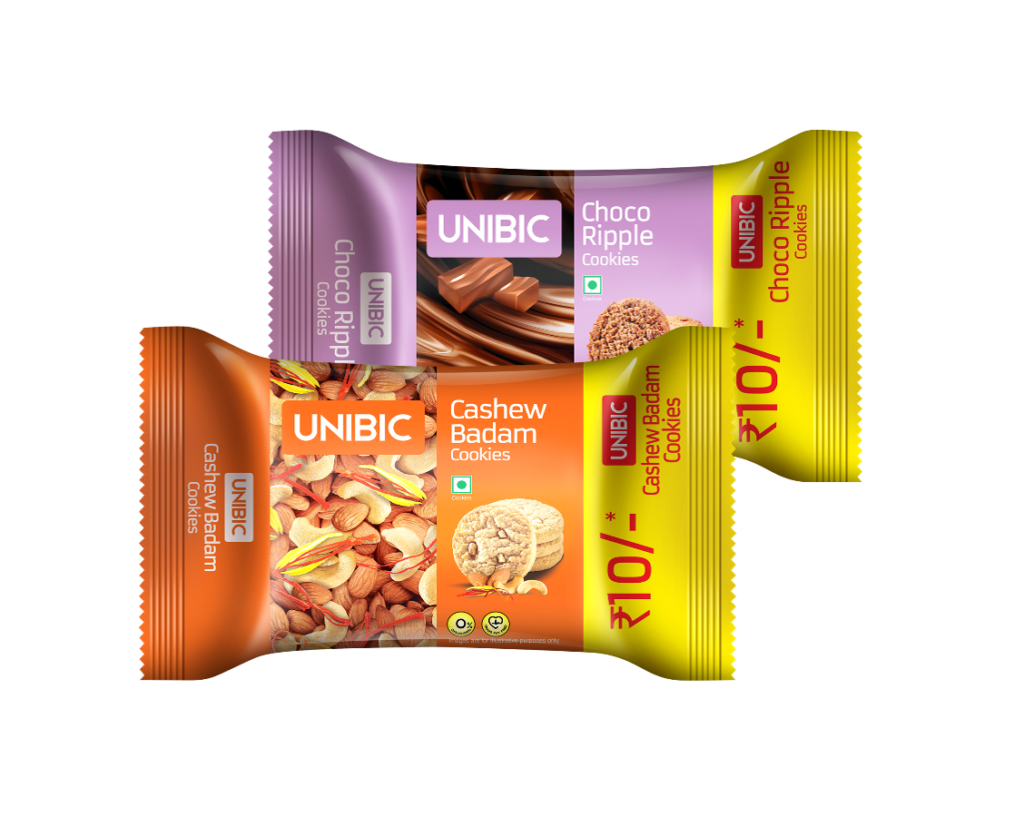 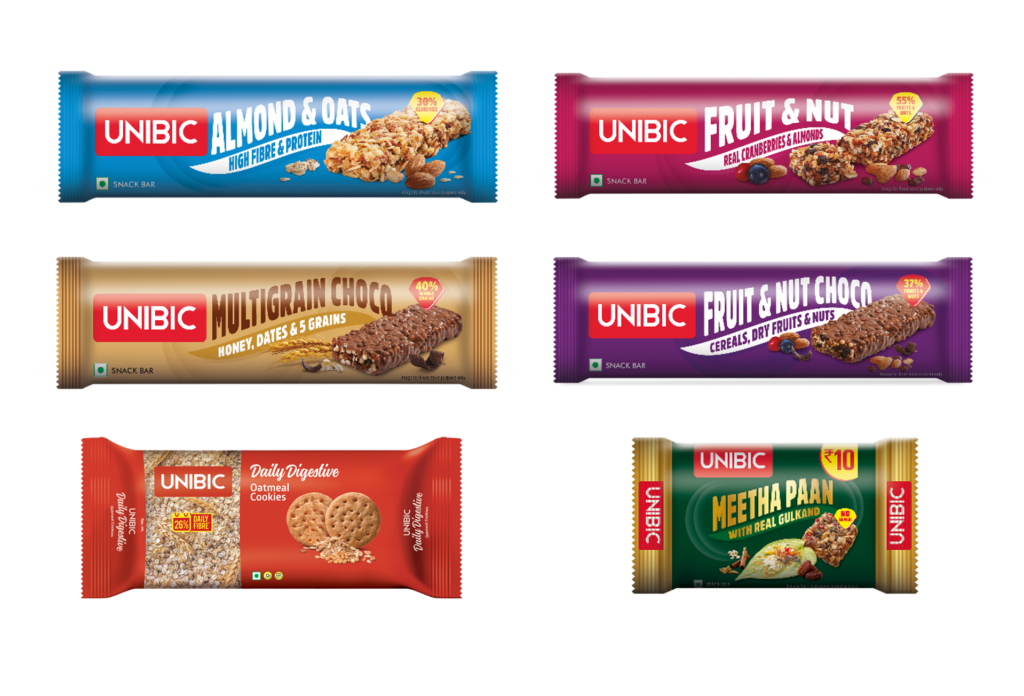 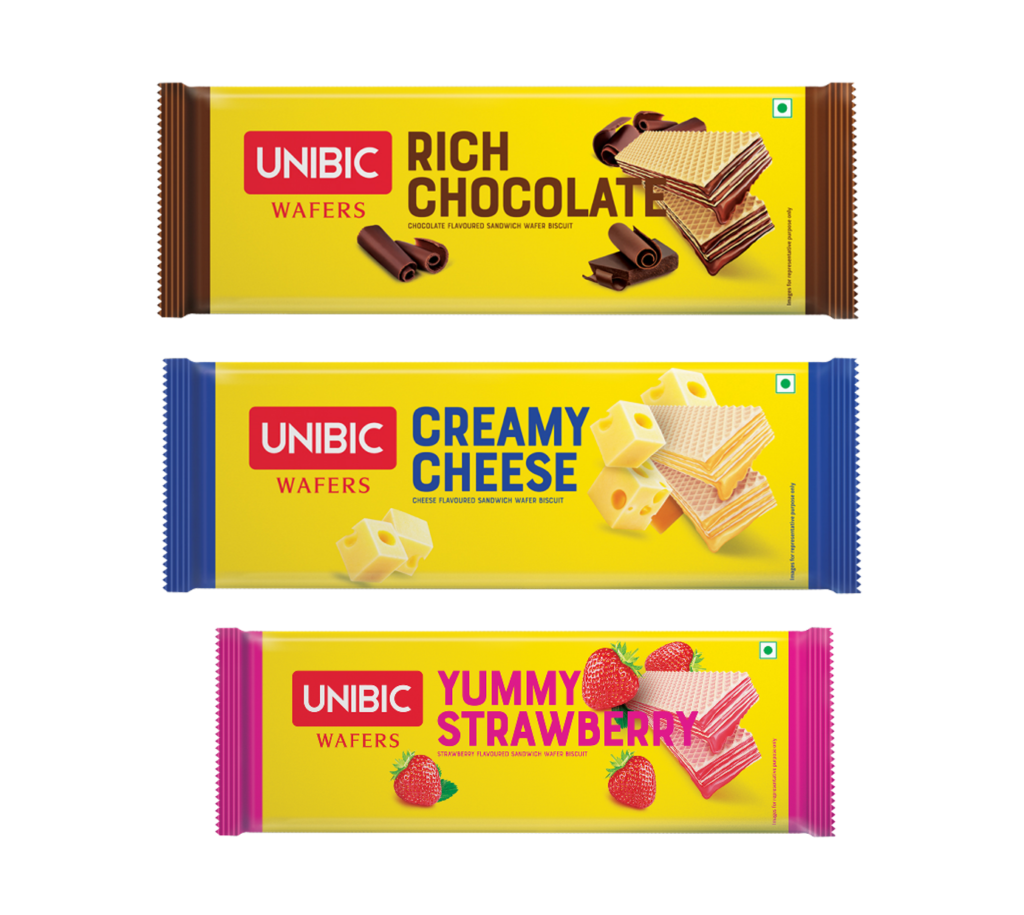 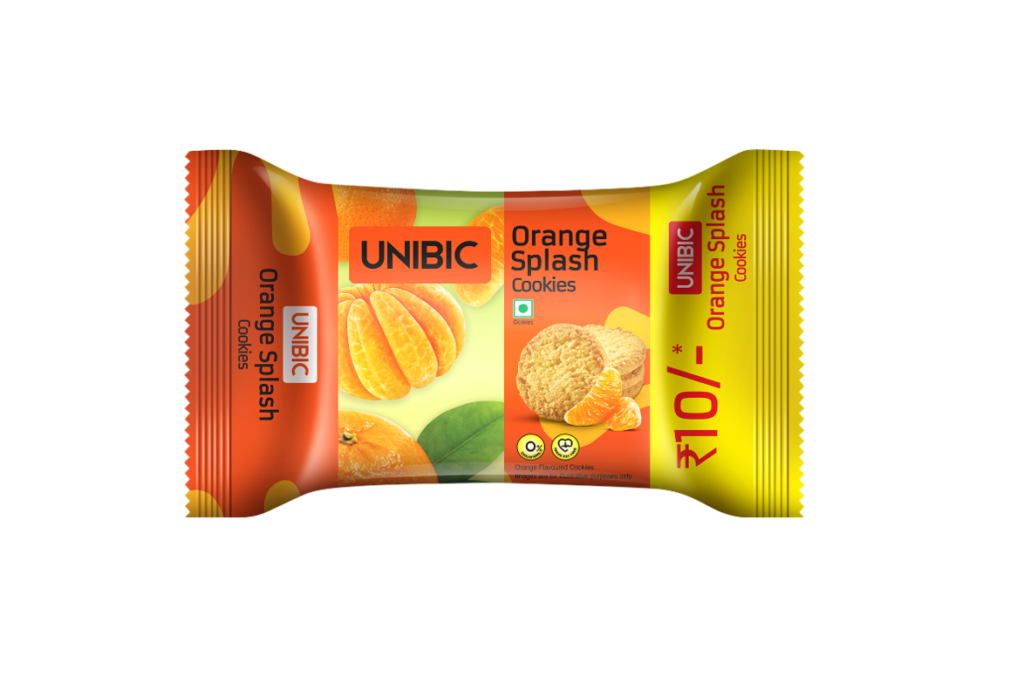 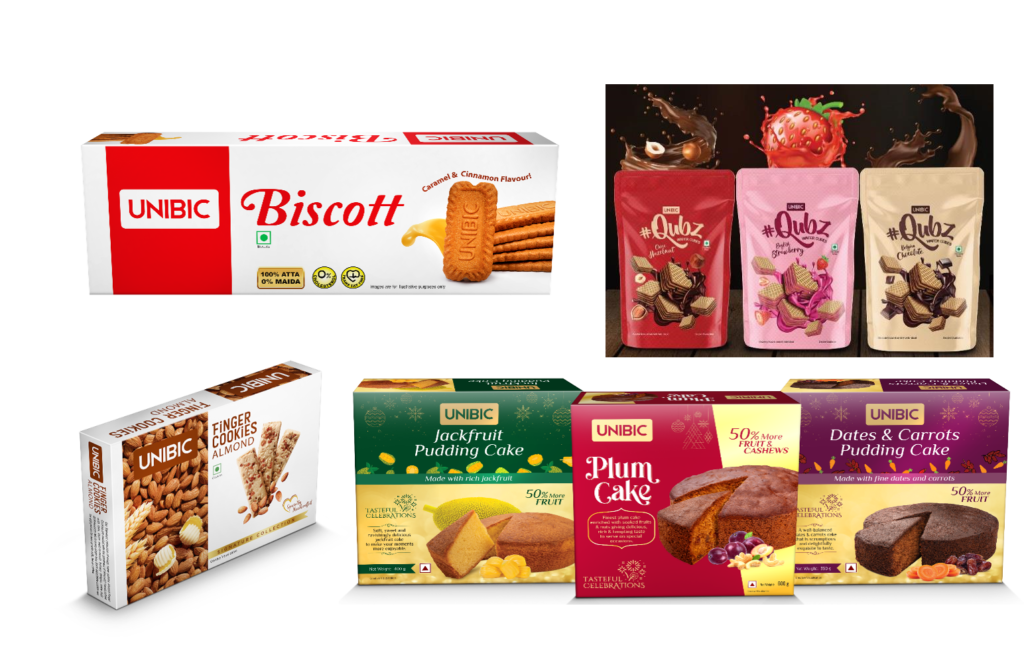 Facebook Twitter Instagram
Every time a cookie lover reaches out for a real cookie, the only one that will meet the craving is the cookie with more. With more richness and more choices, Unibic Cookies are bursting with flavour and the abundance of more butter, chocolate, pista, cashew and other rich ingredients. With over 40 variants including 4 sugar-free flavours, 3 mouth-watering variants in its cracker range, Unibic has something more for the entire family.

Use of this site